After returning to Hong Kong, Lunlun Zou searched tirelessly for the best talent in hope of recreating the ensemble. In early 2007 she announced the end of the search and the birth of the new “3 Girls’ Band”.

There are three members in the “3 Girls’ Band”. They are Lunlun Zou(guzheng), Teresa Cheng Yu Ting (erhu) and Zhang Ying (pipa).

Zhang Ying was born in Harbin, Heilongjiang province, and started playing pipa at age 6. At 12 she began studies at the Preparatory of the Beijing Conservatory of Music and at age 18 continued at the Beijing Conservatory of Music. At age 19 she was awarded first prize in the Chinese National Pipa Competition and at 22 appointed to play pipa at the Hong Kong Chinese Orchestra.

Teresa Cheng Yu Ting was born in Wuxi, Jiangsu province. She started playing erhu at age 6, at 12 began her studies at the Beijing Conservatory of Music. In 1993 she won first prize at the Jiangsu Province Erhu Competition. At age 18 she was selected from thousands of China’s young talents to study at the Hong Kong Academy for Performing Arts. After graduation she was appointed to play erhu with the Hong Kong Chinese Orchestra and performed in USA, London, Copenhagen, Berlin, and Brussels.

The band’s director, Lunlun Zou, was born in Dalian, Liaoning province. She studied music at the Shenyang Conservatoire from most renowned guzheng masters Zhao Yuzhai, Cao Zheng, Lu Diansheng and Zhang Jinxia. After graduation she was chosen as the lead guzheng player in the Liaoning Dance Troupe. Lunlun devotes much time to passing on her skills to others by teaching music and guzheng at her own studio, the International Academy for Musical Arts in North Point, Hong Kong. 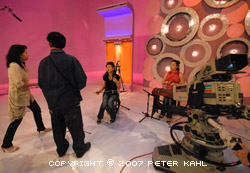 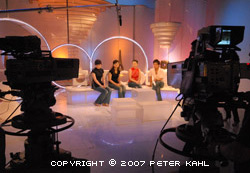